I’ve done a lot of thinking about the similarities and differences between Australia and Papua New Guinea.  These countries are close together and both have a special place in my heart.  Australia and PNG are, of course, very different countries but they have many similarities.  They share some of the same unique animals; cassowaries, tree kangaroos, wallabies and other marsupials.  They are also both common wealth countries.  Papua New Guinea was under Australian control until 1975 when Australia freely gave PNG it’s independence.  This is another reason for some similarities in certain laws and governmental practices.  But there are also many differences, starting with size. 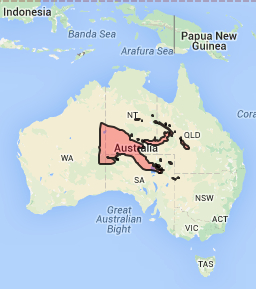 I did a quick search for other similarities and differences and found some really interesting information.  Papua New Guineans make 93% less money and they are also not high energy consumers using almost 88% less oil and almost 95% less electricity than Australians.  In our world of very high consumerism, Papua New Guinea is doing pretty well for our planet.  This is consistent with my experience while living there.  I was less of a consumer, bought most of my clothing second hand, relied more often on my own feet for transportation, ate more locally and organically and much more.

Each country I have lived in is very different.  I look forward to discovering more about Australia once we are living there:-)

Become a Part of What God is Doing in Perth, Brookton and Beyond

Why and How Long until Australia!?

Ryan and I see a future in Perth and the surrounding area.  This site covers my journey from a single working in PNG to a married couple working and living in Australia.  To follow our current journey, check out: joyellen1.wordpress.com