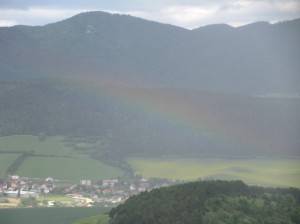 Today I saw a rainbow from the top of Spiš Castle.  Our timing was perfect because it was a little later in the afternoon and we caught the castle in between rain showers.  This made for some very beautiful views with clouds and raindrops, wind and sunshine.  Slovakia is very green and the fields were dotted with yellow and shimmering with the wind.  At the end we did run down the hillside to make it to the car before a heavier shower but the views were worth every step to the top and every quick step down. 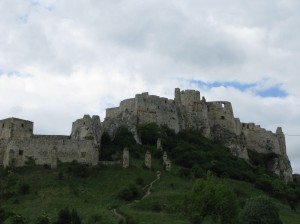 Spiš is one of the largest castles in Eastern Europe and I definitely felt how big it was as I was exploring each level, nook and cranny.  We may build modern skyscrapers and amazing architectural structures today but it is hard to compare them to buildings like this.  Buildings that were built, rebuilt, added to, modified, burned and salvaged over multiple centuries.  Castles in fairy tales are seen as something romantic and charming.  But as awe inspiring as the stone walls are, I can’t even imagine what a cold winter must have been like. 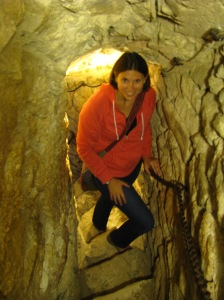 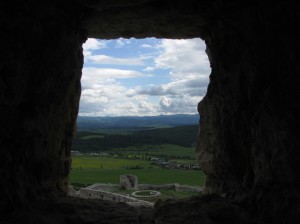 There were some parts of the castle with armor, cannons and other artifacts on display.  However, there were three rooms that were more furnished and had information on what they would have been like and what they were used for.  The first was the kitchen, then the chapel and finally the dungeon.  Of course the dungeon had all sorts of medieval torture devices on display.  They look terrible but not too harmful just sitting there and then just imagining their uses is another kind of terrible.  So I don’t have pictures of those but here are some more pretty landscape shots. 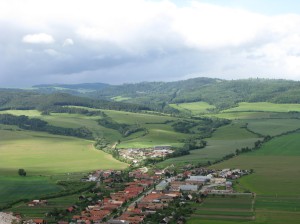 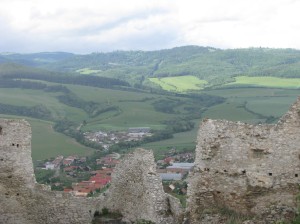 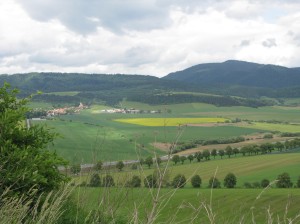 Just another day in Slovakia, enjoying the landscape and culture.  Learning about history and enjoying time outside.  A very beautiful country with lots to explore.  This is just scratching the surface but you have to start somewhere. 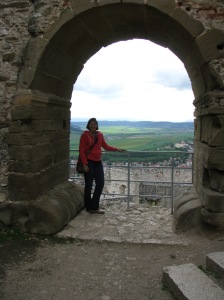 Become a Part of What God is Doing in Perth, Brookton and Beyond

Why and How Long until Australia!?

Ryan and I see a future in Perth and the surrounding area.  This site covers my journey from a single working in PNG to a married couple working and living in Australia.  To follow our current journey, check out: joyellen1.wordpress.com